Meet the Model -Bernie the Buzzard 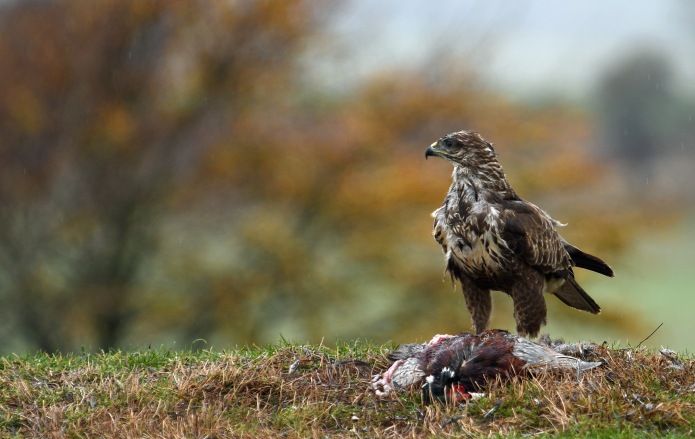 Being a slow flier the Buzzard does most of its hunting from a perch in a tree where it sits motionless, sometimes for hours waiting for something to pass below. Its main diet consists of small mammals, birds, carrion, earthworms and large insects.

Generally in a tree, rocky crag or cliff side. Both birds play their part in building the nest which is made from twigs and branches. Nest size varys from approx. 1 meter in diameter when newly built up to 1.5m for a more established nest with a depth of approx. 60cm. It is quite usual for a pair of adults to have more than one nest site within their territory

Brood of 2-4 eggs laid at 3 day intervals. Eggs are incubated for around 34 days with most of the work being done by the female. Chicks fledge around 50-55 days. They reach sexual maturity at 3 and the average life span is 8 years. Sadly some ¾ of young die at an early age generally due to starvation. 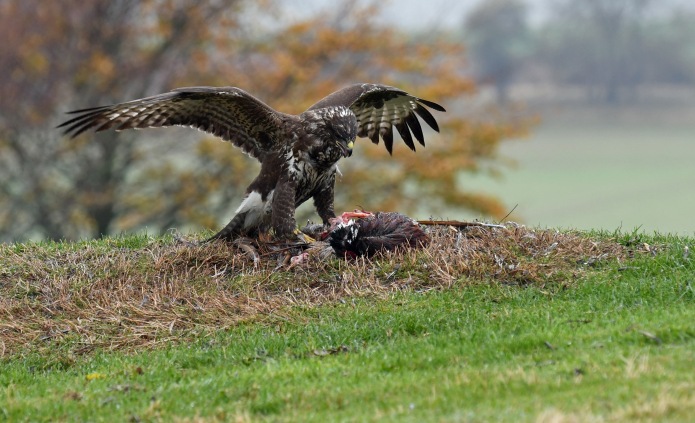 Classed as being on the Green list (least critical group) on the birds of conservation concern list the buzzard is fully protected under the Wildlife & Countryside Act 1981. Despite this and in common with other birds of prey illegal shooting and poisoning are its main threats as they were perceived to be harmful to game birds (this has been proved NOT to be the case and the unlucky Pheasant in the pictures below was already dead when found by the Buzzard) 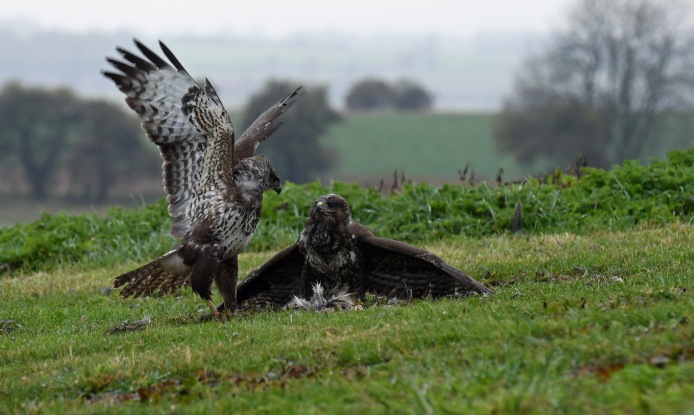 © All photography and words , Graham Stewart 2018

For the third night in a row now we have managed to get Paws to eat the medically dosed food left out for her. I say her because so far […]
PAWS

Another Wednesday in the lockdown hide , ok in reality that’s my back garden. Up early again to try and photograph the early bird , however I’m not the only […]
WILDLIFE WEDNESDAY

PAWS , GG2 If you have been following this blog for sometime , you might remember the story of GG the fox. One of our regular garden visitors who developed […]
PAWS

It’s bank holiday Monday here in the U.K. and an extra day off work , or in my case an extra day still in lockdown. However for once I listened […]
THE EARLY BIRD
%d bloggers like this: