Hug a tree , or even better plant two or three.

It’s no secret that trees have a positive effect on our planet. Deforestation has had a huge effect on the environment , contributing to habitat loss that’s had a massive impact on wildlife , erosion and increased air pollution. There is now a growing  movement to plant millions of trees , sometimes in really unexpected places to help turn the tide in the battle against global warming .

Over to the BBC for more on this story……

Planting trees is now the best way to tackle rising temperatures and climate change, according to a study this week from a group of scientists. Trees absorb carbon dioxide which means they can help to stop rising temperatures around the world.
They also keep soil moist and reduce the risk of flooding. So if this is really “the best climate change solution available today” what is being done around the world to plant more trees? 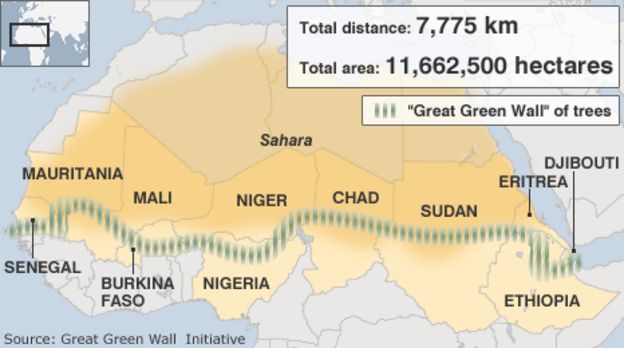 There is an 8,000 km wall of trees being built in Africa – making it the largest living structure on the planet once it’s finished. The wall aims to spread across the width of Africa and through more than 20 countries including Senegal, Nigeria and Ethiopia.
A decade on from its launch, the wall is currently 15% complete, with 11.4 million trees planted in Senegal alone. In Burkina Faso, Mali and Niger, more than 2 million seeds have been planted from over 50 different species of trees.

Copyright Fergals Images Say hello to Hetty the Hedgehog ( Erinaceus europaeus ) The Hedgehog is one of Britain’s favorite small mammals,once common in our towns and villages but now […]

Wildlife Wednesday , 26th January 2022 “Wilderness is source of Happiness..”  Kedar Dhepe Wildlife Wednesday, a welcome return for me and the first WW of 2022. Once again I’m at the […]
WILDLIFE WEDNESDAY

Close Encounters of a Four Legged Kind Do you ever get that feeling that you are being watched ? A kind of sixth sense that somewhere in the shadows of […]
CLOSE ENCOUNTERS

One of our regular visitors to the meadow hide , the Blue Tit You might also like……..
BLUE TIT

Meet the Model – Simon the Mute Swan The mute swan , Cygnus olor , is the UK’s most widespread species of swan, this iconic bird is a member of […]
THE SWAN

One of the highlights from our first year at the meadow hide has been watching the Great Spotted Woodpeckers come and go and raise their young.
WOODY