Collared doves are slightly smaller than their pigeon cousins, with pale, pinky-brown and grey coloured plumage with a distinctive black neck collar. They have deep red eyes and reddish feet. Although you’ll often see them on their own or in pairs, flocks may form where there is a lot of food available.  A common sight in gardens all around the British isles these birds only arrived in the U.K. in the U.K. in the 1950s after a rapid spread across Europe.

The collared dove is not wary and often feeds very close to human habitation, including visiting bird tables; the largest populations are typically found around farms where spilt grain is frequent around grain stores or where livestock are fed. It is a gregarious species and sizeable winter flocks will form where there are food supplies such as grain  as well as seeds, shoots and insects.

Collared doves typically breed close to human habitation wherever food resources are abundant and there are trees for nesting. The female lays two or three eggs in a stick nest, which she incubates during the night and which the male incubates during the day. Incubation lasts between 14 and 18 days, with the young fledging after 15 to 19 days. Breeding occurs throughout the year when abundant food is available, though only rarely in winter in areas with cold winters such as northeastern Europe. Three to four broods per year is common, although up to six broods in a year has been recorded.

The male’s mating display is a ritual flight, which, as with many other pigeons, consists of a rapid, near-vertical climb to height followed by a long glide downward in a circle, with the wings held below the body in an inverted “V” shape. At all other times, flight is typically direct using fast and clipped wing beats and without use of gliding.

The average collared dove lifespan is around three years, although the record is an impressive 17 years. Collared doves reach sexual maturity at one year old. Predators  , mainly birds of prey such as peregrines and female sparrowhawks. Eggs in nests are at risks from jays, magpies and crows as well as grey squirrels and weasels . The young are vulnerable, with reports of rats, weasels and stoats raiding nests. Classified as green in the UK under birds of concern , as with most wildlife in the UK the collared dove is protected under the wildlife and countryside act , 1981 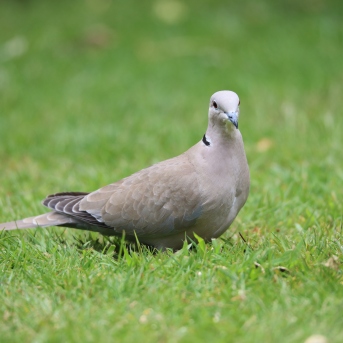 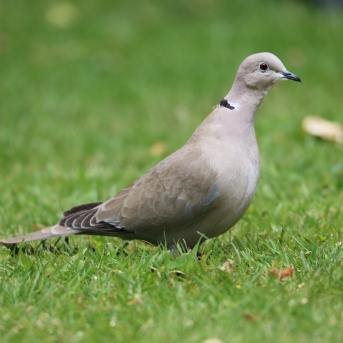 At last , maybe our little hogs have learned some table manners. Sharing is good ?
SHARING IS CARING

All three of our new Hedgehogs , all checking in before another night shift out foraging for food.
HOG ROUNDABOUT

I think two of the new kids don’t like sharing their food. It’s good to see that they are still living in the garden. We now have a healthy population […]
BUMPER HOGS

Ok , I know it’s not a rabbit , it’s our resident mouse . The movement reminded me of a rabbit and with those big ears…….. Anyway , a busy […]
WORLDS SMALLEST RABBIT ?