The Great Tit , Parus major is the largest bird in the tit family. It is also the most widespread and common family member with birds found in Britain , mainland Europe , the Middle east , Asia and North Africa. This woodland bird tends to be resident in all but the extreme climates and normally does not migrate.

The Great tit , is a distinctive looking garden visitor with it’s white and black head. The largest of the tit family it has a wingspan of up to 26cm , with a body length of between 12-14cm and body weight up to 20g. It has a bright yellow breast with a broad black stripe and blue-green wings. the female has the same colouring as the male with slightly duller colours.

The Great Tit can be found in a wide range of habitats including all types of woodland , parks and urban gardens. The bird is generally not migratory and once established will normally stay in their territory all year round. Young birds will be chased away by their parents but will normally stay within 10 miles from their nest site.

In Britain the Great Tit breading season normally begins in March . Nests are formed in cavities in trees and walls, the birds are also willing occupants of bird nesting boxes. the nests are built by the female bird and made of hair, moss, feathers and grass/plant materials. The number of eggs in each clutch varies from as few as 5 up to 12 eggs.The mating pair can have a second brood later in the year an these tend to be much smaller in numbers. The mother takes on all the incubation duties , the male’s main role being supply of food. the incubation period lasts up to 15 days and the chicks hatch blind and unfeathered. Both parents are evolved with feeding the chicks with food within the nest for the next 20 days . Survival rates for the young are low with an average of 40% making it to adulthood. 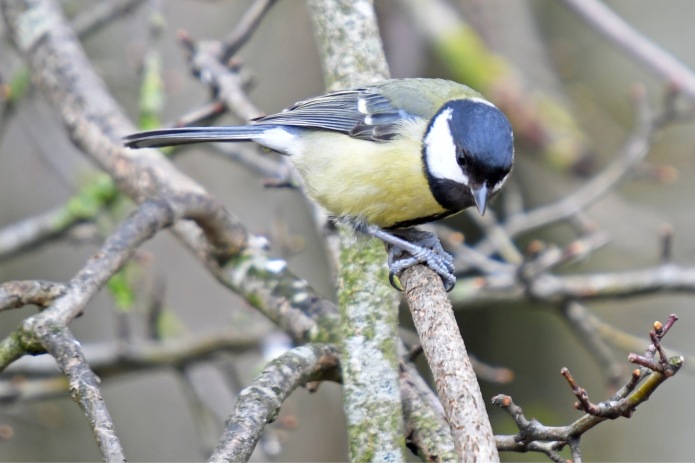 The Great Tit diet is insectivorous , feeding on insects, spiders, ants and during the breading season caterpillars. in autumn and winter they supplement their diet with fruit , berries and seeds. they often forage for food on the ground and often visit bird feeders and tables in suburban gardens. Large food items, such as large seeds or prey, are dealt with by holding the food with one or both feet and then struck with the bill until it is ready to eat. Using this method, a great tit can get into a large nut like the hazelnut in around 10-15 minutes. When feeding young, adults will hammer off the heads off large insects to make them easier to consume. 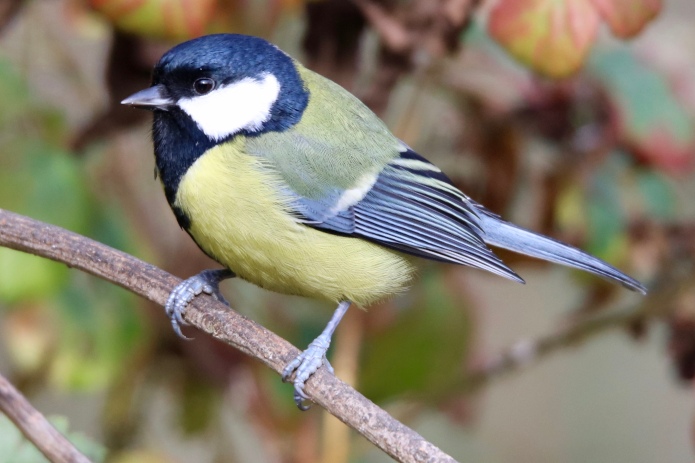 The Great Tit has many predators , birds of prey like the sparrow hawk , domestic cats and nest raiders like the Great Spotted Woodpecker , Grey Squirrel and Weasels.

Here are a couple of short clips from our Meadow camera traps , thanks to Mr Graham Stewart. I have been out of action for a few days now , […]
MEADOW CAM

Wildlife Wednesday   28-7-2021 By Peter Hanscomb Hello and welcome to another Wildlife Wednesday from the Meadow Hide. Once again I’m flying solo in the hide. It’s really good to be back […]
WILDLIFE WEDNESDAY

Weekend Wildlife Saturday 24 July from the Meadow Hide Welcome to another Weekend Wildlife , today I’m joined in the hide by my wife Anne. It’s been hot , hot […]
WEEKEND WILDLIFE

Here’s the full story, the Brown Rat , Rattus norvegicus The Brown Rat is a native of central Asia which was introduced to the British Isles around 1720. It has […]
MONDAY MUG SHOTS – THE RAT