Meet the model – Chris the Crow 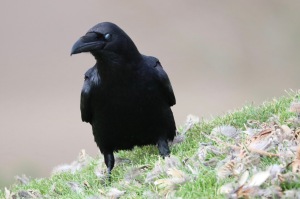 Population 2,000,000
With it’s all black plumage and black shiny beak the crow is easily confused with its near cousin the rook. Like all corvids, carrion crows show intelligent behaviour and are able to recognize individual human faces. It is often fearless around other birds and carnivorous , although it can be very wary of humans. Crows are normally solitary birds , usually found alone or in pairs. The crow is common and widespread throughout the whole of Britain. The closely related hooded crow has recently been split as a separate species.

It is believed that crows mate for life . The crows nest is usually placed in a tall tree, but cliff ledges, old buildings and pylons may be used as well. The 3 to 4 brown-speckled blue or greenish eggs are incubated for 18–20 days by the female alone, who is fed by the male. The young fledge after 29–30 days.

Crows tend to eat worms, insects, seeds, fruit and any scraps that they can find. Crows will also harass birds of prey or even foxes for their kills. Crows are predators and scavengers, and will eat anything they can subdue including the eggs and nestlings of songbirds

Most crows don’t even live a year, having died in the egg or as nestlings.Once they survive that first year they have a good chance of making it for several years more. The average age of first reproduction for females is about 3 years, and 4 years for males. Average life span for the crow is around six years , however some ringed birds have lived into double figures.

Classified as green in the UK under birds of concern, as with most wildlife in the UK the crow is protected under the wildlife and countryside act , 1981. 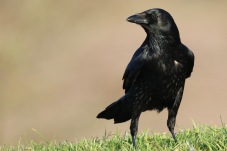 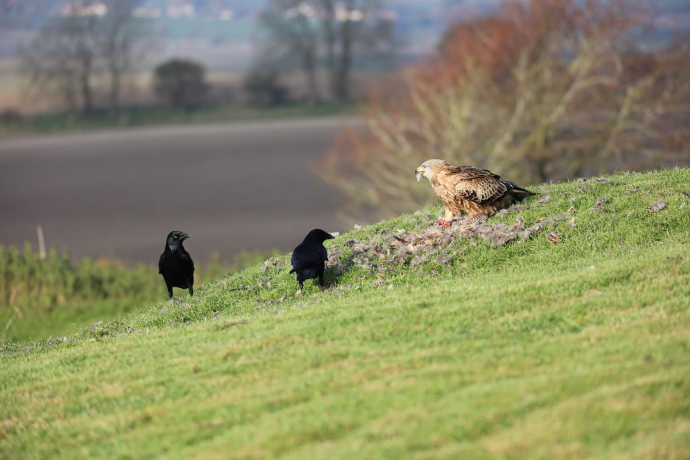