Meet the Model – Chave the Chaffinch 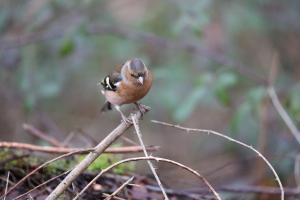 The Chaffinch is the UK’s most common finch and sometimes overlooked and not fully appreciated despite being one of our most colourful garden visitors. the striking double white wing bars and primary and secondary wing feathers. Its summer plumage is brighter that its winter plumage. The male Chaffinch has a pink breast and cheeks, blue-grey crown and nape, and chestnut brown back. In summer, its bill is grey-blue, turning to pale brown in the winter. The female has an olive-brown back, and grey-brown underparts becoming almost white towards the rump, which is greenish. The juveniles are similar to the female but lack the greenish rump. The bill is brown in both the female and juveniles.

The Chaffinches build a neat cup nest from moss, grass, and 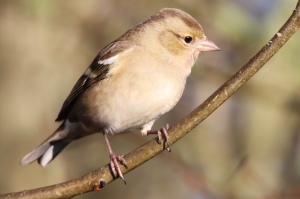 feathers bound with spiders’ webs, lined with feathers and wool, and decorated with lichen and flakes of bark. The nest is usually in a fork of a tree or shrub.Breeding takes place from April to June with a clutch of four to five eggs.The eggs of the Chaffinch are about 20 mm by 15 mm in size, and are smooth, glossy, and light blue with purple-brown blotches. The duties of incubating the eggs are performed by the female. The newly-hatched young are fed by both adults.Chicks will normally fledge after around 15 days. Unlike most of our small passerines, chaffinches usually only have one brood a year. 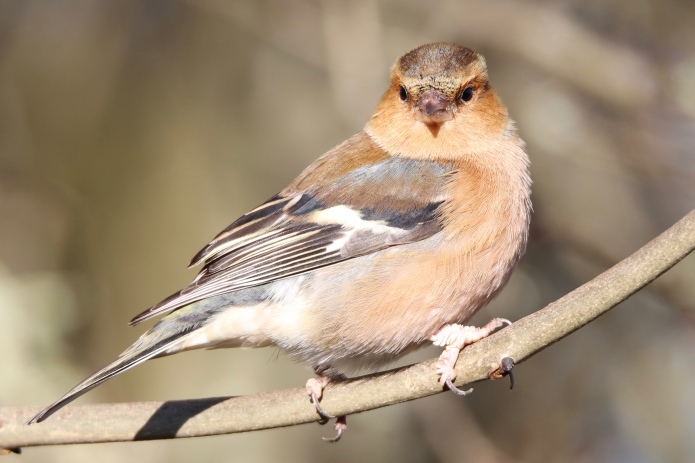 Chaffinches forage for food both in the trees and on the ground and usually feed on seeds and insects, like caterpillars, nuts , seeds and even eggs. during the breeding season the young are entirely fed with invertebrates which include caterpillars, aphids, earwigs, spiders and the larvae of beetles .

Resident birds are mostly sedentary with juveniles moving only short distances from the place where they were hatched. Between September and March, the population increases with 10-20 million immigrants from Scandinavia and Western Europe looking for food. These birds are usually found in large flocks on open farmland, whereas resident British birds are usually in woodlands and hedgerows. 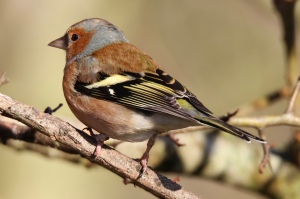 Chaffinch populations were affected in the 1950s by use of agricultural chemicals and changes in farming practice, but now seems to have recovered. Classified as green in the Uk under birds of concern , as with most wildlife in the UK the chaffinch is protected under the wildlife and countryside act , 1981. 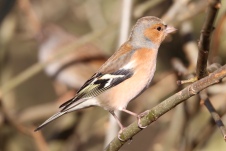 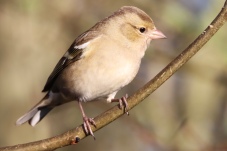