Easily recognizable, the pheasant is a common sight in the countryside and can be found all over the great Britain. This non native bird was introduced by the Romans over a thousand years ago so there is an argument that it is now part of the fabric of our country. The large male game bird has brown and black markings on their body , with green and red face markings. The female is slightly smaller and less colourful with mottled pale brown markings. They usually prefer hedgerows and the fringes of woodlands. 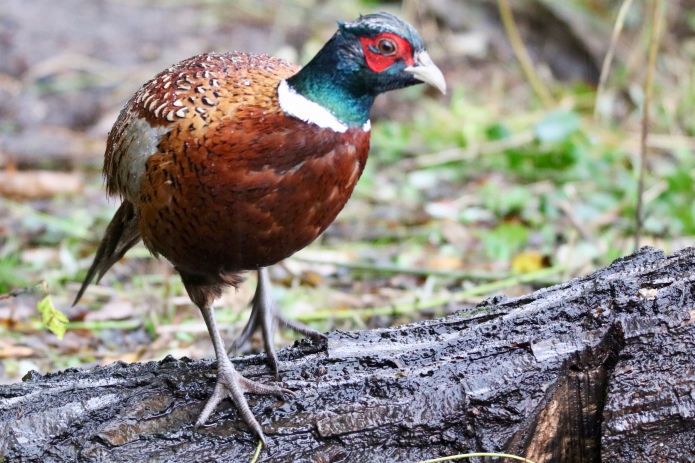 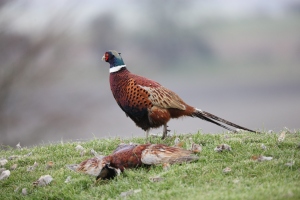 During the mating season the male bird may mate with many different females , who then raise the chicks on their own. Pheasants nest solely on the ground in scrapes, lined with some grass and leaves, frequently under dense cover or a hedge. Occasionally they will nest in a haystack, or old nest left by other birds. A typical clutch can range from 2 to 22 eggs , however large clutches are usually the result of two hens sharing the same nest site. The chicks can feed themselves soon after hatching but will still remain with their mothers for up to three months before becoming independent. 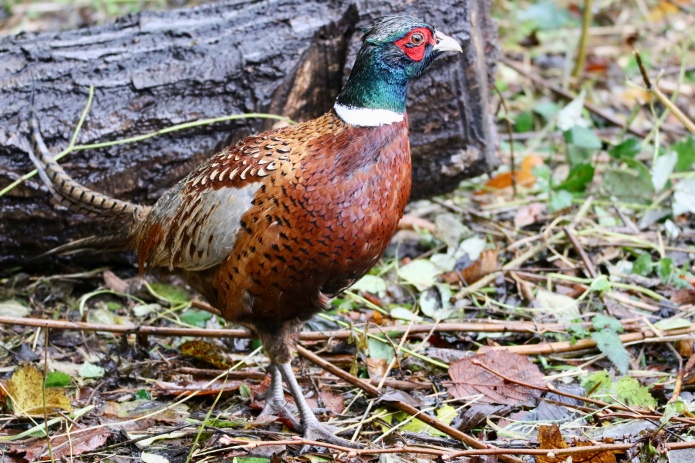 Pheasants are released in huge numbers on shooting estates with in excess of 20 million birds released each year in the UK alone. 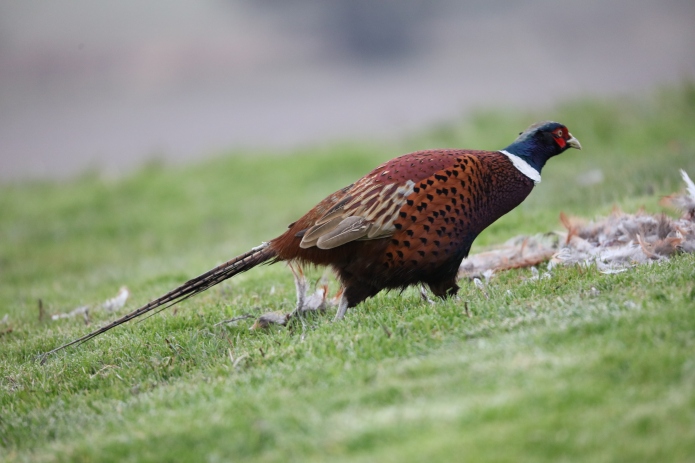 The average lifespan of a pheasant is around 1-2 years in the wild. As an introduced species there are no notes of conservation concern , as with all wildlife the pheasant is protected under the wildlife and countryside act , 1981. 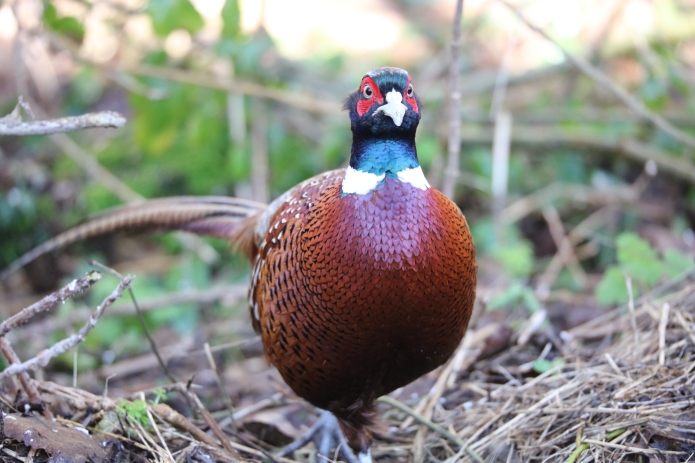 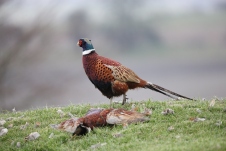