Meet the Model – Flo the Fox

The Red  Fox  largest of the true foxes, has the greatest geographic range of all members of the Carnivora family , being present across the entire Northern Hemisphere from the Arctic Circle to North Africa, North America and Eurasia.

A highly adaptable species , the Fox can be found in almost every habitat from the highest mountain ranges of Scotland to low level salt marshes and sand dunes. No other wild mammal is more adaptable, even in our urban cities and towns where nearly 20% of the Fox population live.

The Fox is easy to recognise with its reddish orange fur and thick bushy tail during winter . The male or dog weights in around 7kg , the size of a small dog with the female or vixen being slightly smaller. In the wild the average life expectancy is only two to three years , however individuals have been recorded living up to nine years.

Red foxes normally travel , hunt and  eat alone , but the fox isn’t a solitary animal and  usually mates for life , coming together to mate .They can be found together in pairs or small groups consisting of families, such as a mated pair and their young, or a male with several females having kinship ties. Their individual territories size depends on the habitat they live in and can be as small a square kilometre in urban areas and up to 40 square kilometres in open countryside. Each territory normally contains one fox  family. Foxes will defend their territory and mark it with their sent. Confrontations are rear with most foxes wanting to avoid conflict.

The mating season is from December to February with normally only one vixen in the group producing 4 – 5 cubs born in the spring . The litters are born blind and deaf  in a den ( called and earth ). The foxes earths may have been dug by the Fox family but it’s not unusual for foxes to use rabbit burrows or even a disused Badger sett. In urban areas it’s common to find the earth under sheds or decking. The vixen and cubs stay in the earth for the first three to four weeks before emerging into the open in late April or early May.

Foxes have a wide and varied diet. In costal areas as salt marshes they will often catch crabs and scavenge dead seabirds, whilst in upland areas carrion forms an important part of their diet. In low land rural areas foxes feed on small mammals such as field voles, mice , rats and rabbits as well as earthworms and insects , fruit and small birds. Livestock on farms , particularly young animals and birds present the fox with easy pickings , bring them into conflict with the farmers. In urban areas the Fox will scavenge from discarded food , dustbins and bird feeders . Urban foxes also benefit from large amounts of food deliberately left out for them by local householders. 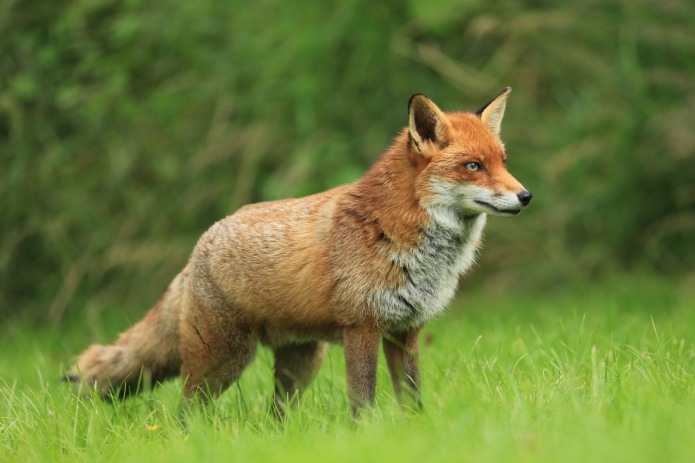 The fox has a long history of association with humans, having been extensively persecuted and hunted as a pest and furbearer for many centuries. Foxes were referred to as beasts of the chase in medieval times. The earliest known attemp to hunt a fox with hounds was in Norfolk, England in 1534 where farmers began chasing foxes down with their dogs as a form of pest control.

Foxes are not aggressive animals and will normally try to avoid contact with humans. Unless you work with wild foxes in an animal welfare role or wildlife rescue your unlikely to be bitten. A fox bite is painful but there’s less likelihood of infection compared to a domestic cat bite. Normal precautions of a vaccination to  cover  antibiotics and tetanus apply.

It also features in our folklore, appearing as the villain in literature, and lends it’s name to more than 500 public houses such as The Fox and Hounds. Those of a certain age will also remember with fondness, memories from childhood with the likes of Basil Brush.

In the UK, there is very little to fear and virtually no danger of contracting disease from the British fox. The last recorded case of rabies in the UK was in 1902.

Some foxes suffer from Sarcoptic mange or sometimes referred to as “fox mange” a misleading term as fox mange is in fact a type of canine mange. The  Sarcoptes Scabiei  mite produces a mild allergic reaction in humans similar to a nettle rash, but as few humans have direct contact with foxes any infection is more likely to happen through contact with an affected pet dog than a fox. Mange can be treated and it’s possible for a fox to make a full recovery , however for an untreated wild fox , Sarcoptic mange will result in a slow painful  death.

Toxocara or roundworm can be carried by foxes. It’s the same roundworm most dogs are regularly treated for . Disposal of fox faeces should remove the potential for  transmission to domestic animals as the eggs are not harmful until exposed to the air for 10 days. Both pet dogs and cats can host Toxocara , so once again the fox carries little threat to humans ( the last significant infect happened in the late 1980’s )

All wild animals have the potential to carry fleas including the fox. The most common flea on a fox is the same as a domestic cat , but if you encounter a healthy fox they will seldom have a significant flea problem.

Despite recent legislation, in particular the hunting act of 2004 , the fox has very little protection in law. The 2004 act made hunting mammals with dogs illegal and also banned self locking traps and gin traps which were once used to catch foxes. Free running snares are still legal, but they must be checked every day. In some areas foxes are still subject to shooting, being snared and dug out with dogs.

Despite their lack of protection foxes are still widespread and abundant. The foxes success is in part due to it’s ability to adapt and as such at the moment it doesn’t need any active conservation measures. It’s estimated that road kill accounts for probably 50% of all Fox mortality. 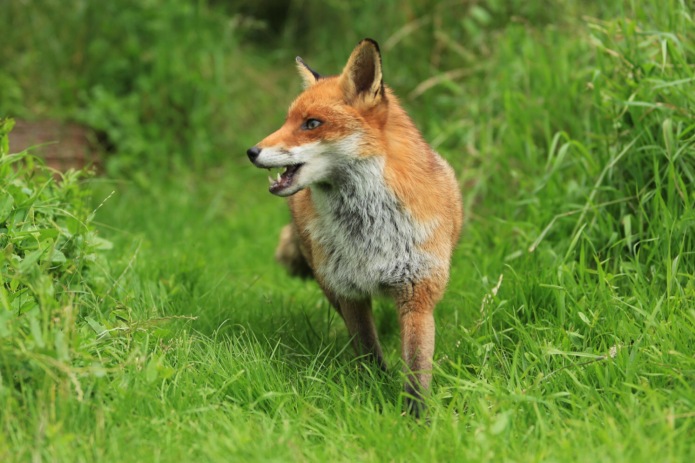 If your concerned about the welfare of a local fox or just want more in depth information about Foxes and how you can help, visit the homepage of the National Fox Welfare Society at

Or look up your local fox rescue centre on line. We will be following one of these locally run charities during 2018. 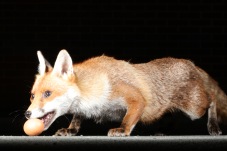 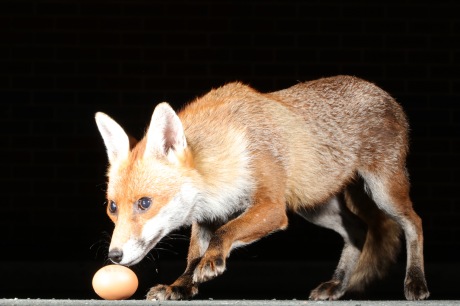 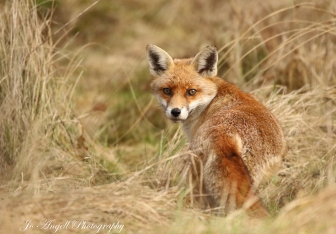 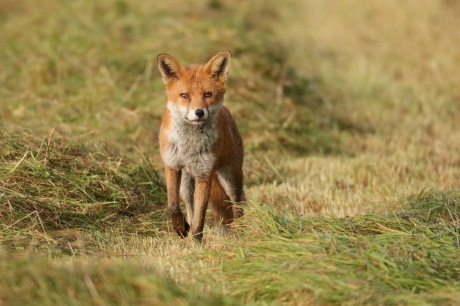 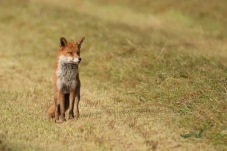 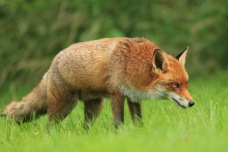 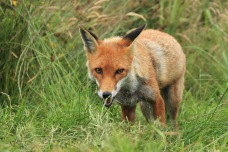 Here’s the full story, the Brown Rat , Rattus norvegicus The Brown Rat is a native of central Asia which was introduced to the British Isles around 1720. It has […]
MONDAY MUG SHOTS – THE RAT

Wildlife Wednesday   14-7-2021 By Peter Hanscomb At last summer has returned to the British isles, so it’s time for another solo trip to the Meadow Hide. The hide has now settled […]
WILDLIFE WEDNESDAY

One of our local foxes was caught red-pawed last night stealing one of the hedgehog feeding boxes. Luckily no one was using it at the time so no hog was […]
STOP THIEF

A PICTURE PAINTS A THOUSAND WORDS

Weekend Wildlife Saturday 10 th July from the Meadow Hide It’s the weekend , and another sday at the hide this time I’m joined by Graham , and once again […]
WEEKEND WILDLIFE