With over 1,100 acres of land, Bushy Park is the second largest of the Royal Parks in London and has an incredible range of wildlife and habitats within its walls making it a wildlife photographer’s dream. Bushy Park has a distinctive landscape, shaped in part by its history as a royal hunting ground but also by its many ponds and streams. Bushy Park is a deer park and both Red and Fallow Deer still roam freely throughout, just as they did when Henry VIII used to hunt here. 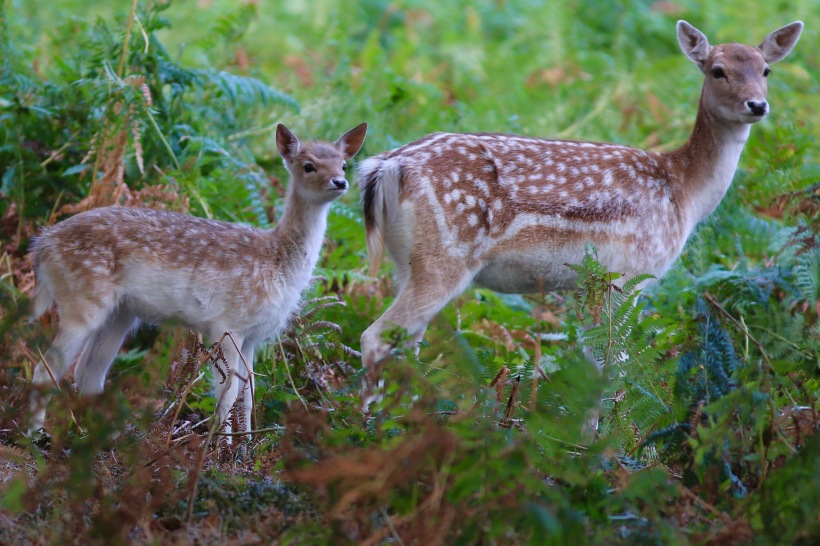 There are currently about 300 deer and their grazing is essential to maintain the park’s wild grasslands. Unlike cutting, grazing creates more variation in structure and plant diversity and does not damage the anthills, which add further diversity and character to the grassland. The Red Deer are the largest mammal native to the British Isles , Fallow deer, introduced by the Romans, are smaller and their summer coats, usually spotted, vary from a cream to darkish brown colour.

During the autumn the deer ‘rut’ takes place. The Red stags and Fallow bucks compete for females known as hinds and does . At this time, the large males roar, parallel walk , bark and clash antlers in a spectacular way in an attempt to fight off rivals and attract as many females as possible. The young are born May – July and are hidden by their mothers amongst the bracken and long grass.

It is worth remembering that the deer in the park are still wild animals , when taking photo’s keep at least 20 metres away from the deer and be aware of your surroundings so that you do not come between two rutting stags or a mother and her calf. It’s also important to chose your backdrop , a great picture can easily be spoilt with a car or fence in the background. Weekends can be busy so it’s best to arrive early in the morning. Use the main car park ( it’s free ) and then head out towards the Heron pond. 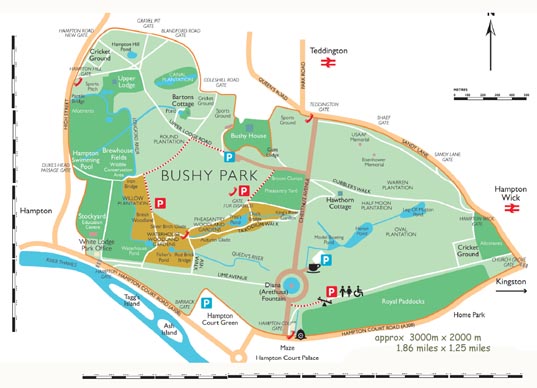 Deer management in the Royal Parks

The Royal Parks are member of the British Deer Society and takes deer welfare very seriously. Deer populations are actively managed to keep herds at a sustainable size.

The Royal Parks does not administer contraceptives to deer through feed or injections. To inject contraceptives requires a high degree of human intervention which would be stressful for the deer. Where the opportunity arises deer are moved to other deer parks . This opportunity is rare given that wild populations of all species of deer are increasing nationally. Humane culling is reconised as the best practice in deer herd management and the Royal Parks are experts in the managerment of enclosed wild deer herds, with the deer in the Royal Parks are under veterinary supervision all aspects of their welfare are monitored regularly.

Bushy Park has a small population of Water Voles around the Longford River – although you will be very lucky to see one.These delightful creatures are under serious threat and a UK priority species for conservation. Current evidence suggests that Bushy Park’s population may be declining and the Parks are working to try to ensure their survival.

The mix of woodland and grassland areas in Bushy Park makes it ideal for many other small mammals. Rabbits, voles, mice and shrews are common, and hedgehogs are still to be found in good numbers although they have started to disappeared from most of the parks in inner London.

The varied habitat, good insect populations and the availability of tree roost sites also makes the park ideal for bats with seven bat species recorded in 2004.

The long list of birds to be found includes all three native woodpeckers, kestrel, tawny owl and a range of waterfowl.

Kingfisher can often be seen along the banks of the Longford River and the various ponds and lakes with their brilliant blue plumage. Grey Heron’s can be found all around the park.

Pedestrian gates in Bushy Park are open 24 hours, except September and November when pedestrian gates open at 8:00am and close at 10:30pm, Monday – Friday.

Vehicle gates are open from 6:30 am to dusk and close at 7:00 pm in winter, and later in the summer – view the Bushy Park vehicle gate closing times. Except in September and November when vehicle gates open at 8:00am on Monday – Friday.

Getting to Bushy Park

Bushy Park is accessible by train and bus. The postcode is TW11 0EQ, . Parking and disabled parking available. 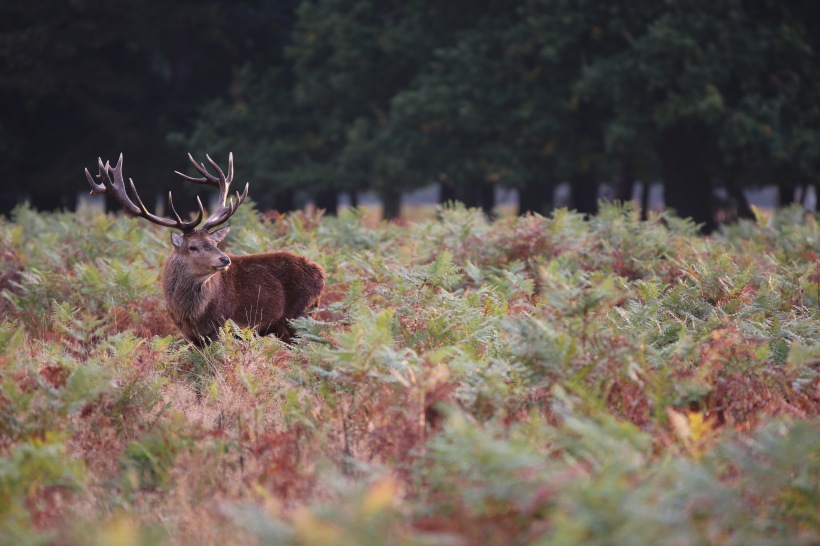