The Red kite is yet another bird of prey that was persecuted to the point where it became extinct in both Scotland and England by the 1900’s and by the 1930’s only 2 breading pairs were thought to remain in Mid Wales. Such was the concern for these beautiful birds that the army was brought in to protect the remaining nest sites. Following a successful reintroduction programme between the RSPB, Scottish Natural Heritage and English nature populations across the UK are expanding rapidly. In flight it can be distinguished from other birds of prey by its forked tail, white under wing patches and black flight feathers. 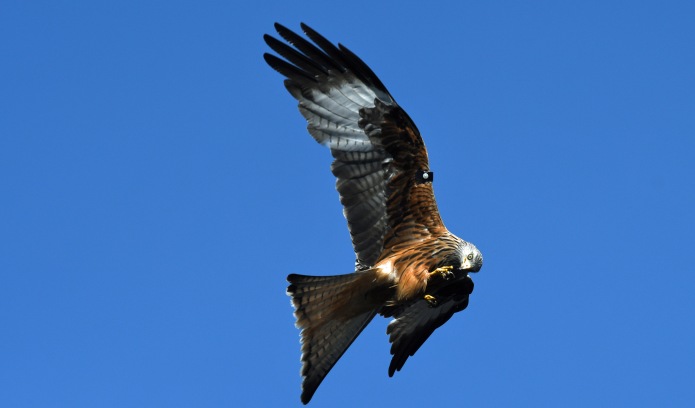 The Red Kite requires open land to search for food and can be seen soaring effortlessly, primarily looking for animal carrion although they are known to also take live prey such as small mammals, birds and invertebrates. Despite their impressive looking beak and talons the Red Kite is not a particularly strong bird and will often require another bird such as a crow to break through the carcass before it can feed. It is also common to see Kites following tractors as they plough the land as this exposes worms which are a popular food source during the breeding season. The kite is capable of feeding on the wing and can be spotted passing food from its talons whilst in flight. 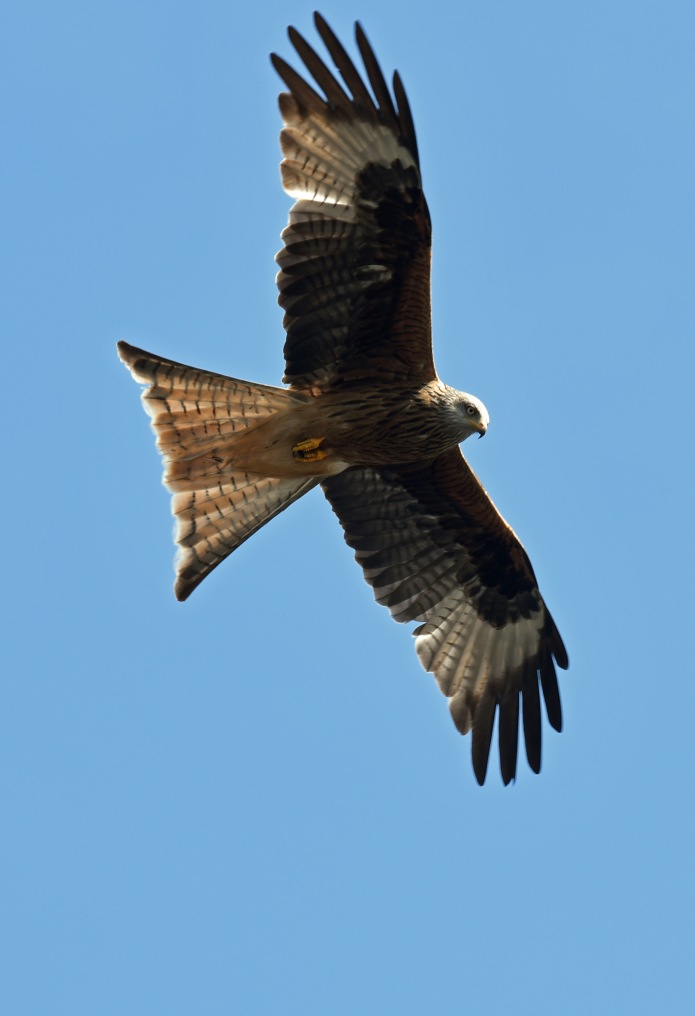 A large nest made of sticks, earth, rags and other rubbish lodged in the fork of a tree.

Red Kites are generally monogamous and will mate for life. They will start breeding in their 2nd or 3rd summer and will produce 1 brood of 2-4 eggs around April. Eggs are incubated for approx. 30 days. The young leave the nest after roughly 7 weeks but will rely on their parents for food for about 1 more month.

Classed as being on the green list (least critical group) on the Birds of conservation concern list the Red Kite is fully protected under the Wildlife & Countryside Act 1981. Threats in the form of poison bait left out for foxes and crows and rats that have been poisoned are all highly dangerous to the Kite due to its scavenging nature. Despite its protection status egg collectors also still pose a threat.

Age: quite often live in to their teens, the oldest recorded wild kite was 26years old 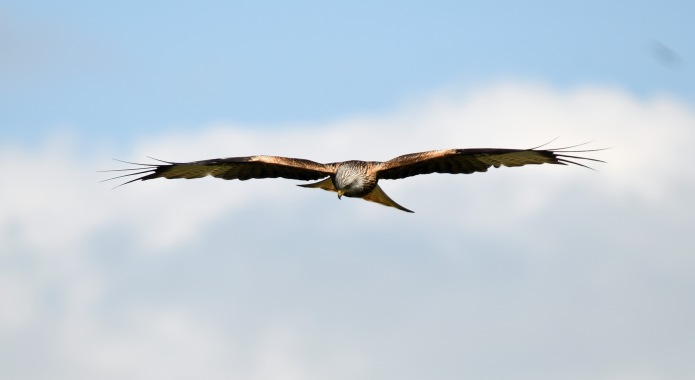 Wildlife Wednesday from the meadow hide Its that time of the week again , well almost . Due to a pressing engagement in Bath ( diner with the wife ) […]
WILDLIFE WEDNESDAY

The Nocturnal World There is a great feature on the BBC News website today all about the nocturnal activities in suburban gardens , it’s worth having a look at , […]
THE NOCTURNAL WORLD

Weekend Wildlife at the Meadow Hide Wow, a bumper day of wildlife watching here today at the meadow hide. All the usual suspects made an appearance , together with a […]
WEEKEND WILDLIFE

Weekend Wildlife It’s the weekend again , and time for another visit to the meadow hide with my wife Anne. Today’s main entertainment was provided by the Rat Pack . […]
WEEKEND WILDLIFE

here’s the full story………. Say hello to Wendy the Wren , Troglodytes troglodytes The wren is a small brown bird, almost rounded, with a fine bill, quite long legs and […]
MONDAY MUG SHOTS – WREN
Loading Comments...
%d bloggers like this: